We did leave fast. And continued on a series of step like gradients helping keep the speed up. The best bit was it was completely dark. And no rain (yet). I only had one little light (I started out with two, my other light fell off at about 50kmph at around Roncesvilles. Smashed into circuitry and bits overtook me, but the one little light was enough to tell me where the edges were. No problemo.

I mentioned that we were joined yesterday by Myles, from Arizona and a really good egg. He arrived at our last digs a little after us and needed the push to get some km’s in today. He has a few days more than us so probably will split at some point but we’ve worked well so far in pushing each other. I have to mention his moustache. It’s a gentleman’s “ringmaster” style and as he works for Cirque du Soleil (did i spell that right?) is pretty fitting. It turns out at the sides and must tickle his cheeks as he rides. The kind you saw on the opening credits to “Cheers”. Jill this is a warning I may grow one when I get back! It looks cool….. Anyway we whiled away the darkness teaching him how to pronounce “Nottingham” correctly (not-in-gum) and made attempts at “yoghurt” before daylight alerted us to the presence of Los Arcos and our best breakfast yet. First we found the market, setting up and a guy making doughnuts and putting them in bags. This meant we got hot ones! Myles suggested finding the heart of the town and it turned out to be gorgeous with a little coffee shop serving cafe-con-leche at 1 euro a cup. Starbucks you got a thing or two to learn. (THIS is the experience!)

The best part (especially after the hourly bell chimes of Cirauqui) was a speaker in the church tower blowing a trumpet fanfare into the square. Yes….. We need that at home.

Entering Castilla y Leon (provence of Burgos) was a great feeling! I’ve managed to keep up the daily average needed despite the Pyrenees. Today was HAAAARD! Climbed a total of 4000m (the Pyrenees was 1043m) and the town of Logrono was a nightmare, typical city centre stuff, we were “watched” as we passed through. Didn’t feel like we could stop anywhere…. The Spanish have done this really interesting thing, they’ve taken a major road out of the city and turned it into a motorway. No problem, but in doing so there’s no direct link to the next minor town which links the Camino. Because of time limits we’d chosen the road out to find it wasn’t there. So we got “inventive”.

Anywho….. Following farming access roads around a hill we could see the town we needed but there was now a massive spaghetti junction inbetween. It all came good in the end but anyone planning to cycle this, you need to come out of the city south, not west and… Good luck…

From there it was plain sailing. Just uphill. And in the rain. We’d stopped at Navarette and ate whilst shivering in a bus shelter. Glen and I made a ham and cheese sandwich whilst I drooled over Myles’ choice of pâté and salad. The cold made it a short stop. But then uphill for 100km, no let up. Pretty gruelling.

Into Belorado on a down hill stretch we nearly sailed by. Stopping at a church with a massive storks nest on the bell tower I asked an older couple where the Albergue was and they indicated back up the hill. They then went into a house and sent out a man who spoke great English and explained the uphill was only to the back of the church. We then followed his directions to the old town centre and a closed albergue. Lots of knocking and Glen asked a man at another church for directions. He took great interest in our journey and taught us the meaning of some places we’d passed through. “Puente la Reina” means the bridge of the Queen. He also asked why my bike only had half a front so he couldn’t have been all brains (I ride a cannondale Lefty). So behind him was a poster to the albergue. At 5 euros a night. I looked great. I was sold. We found it, locked our bikes in what appeared to be a derelict/haunted part of the building and settled in for the night. The owner had a flipsy about the amount of water which emptied off us. But we’re here. I’m lay in the bunk of a really nice Albergue with 15 others snoring around me but its a good feeling. We are all here with a purpose, the Camino. Unlike the feeling we got from another of the albergues which seemed to be “party”. Choose carefully.

It’s been constant rain for two days now and we’re drenched to the bone throughout. Putting wet clothes back on this morning wasn’t fun but at least in this Alburge I could stuff my shoes with newspaper. We’ll see. I tell a lie. We were treated to an amazing sunset as we entered Belorado, with a rainbow behind into the rain. Stuck in the middle of the weather front it gave us a false sense of what tomorrow might bring, I’ve just been out on the balcony and its raining again.

It’s into Burgos tomorrow with at least another 50km of climbing before we can put our foot down. We’ve opted for breakfast here in the morning rather than setting out in the dark again. It’ll put us well behind time but I’m sure it’s the right thing to do.

Glens back tire is refusing to “seat” right on the rim. We played with it a few times yesterday and tried last night before bed. It’s wobbling as he rides which in turn is swinging his panniers like a pendulum. Freaks him out going downhill. Good job yesterday there was very little downhill but its something that needs sorting.

It’s 4am and I’m going to try for some sleep. Either that or find food. I’m starving…..

We set off at 7am… it was seriously pitch black…. and wet… clothes went on… and set up for another wet day… Myles stuck with us today…. he was riding a green surley hybrid with xt gears a bike set up for many miles…

15 km later it was starting to get light, we calles into a little village calles Los Arcos.. we cycled through the market and bought a bag of freshly cooked doughuts and went to a coffee shop located near a Church a very pretty place… we made good time to this place I remember it being pretty flat and down hill… I remember my wheel giving me a little issue with it wobbling a little but just carried on… it was a lovely little ride to los arcos, dry and the change from riding it wet weather was so gladly received….

So cafe con leche…. (coffee/cappuccino and coffees were so nice in spain) chilled for a little time took photos of the church… and a little while was bout 20-30mins before we headed off again…

Pushed on towards logrono… the issue wity my tyre arose again I remember stopping and I thought we had managed to seat it properly but it proved out later to be something else..

We found an albergue calles Castronis… made me think it was made for tony…Castroni-tonys hehe… we tried to find a grocery shop but no luvk all closed so back to the albergue for food…. a pikgrims menu was to be had… we stored the bikes in a outside garage and later that night I returned to it recovered my wheel and tried to fix it.. I took the tyre off and reseated it and it looked seated fine… the bead was wearing away but it looked like it would hold.. tyre pumped back on ready for fitting in the morning… I started to agree with tonys thoughts my tyre was a Michelin city tyre specifically bought for the trip.. off ebay.. a cheap set of fake tyres me thinks causing issue after issue..

Dinner that night was soup.. then chicken followed by desert flan… with a san Miguel and water… absolutely lovely… dinner well deserved and so nice… the accommodation was basic bout 10 of us sharing a large room with showers.. bunk beds.. two toilets two showers.. it was just what we needed.. tony got told off in the morning for hanging wet clothes on the oak beams..but to be fair if the owner had come up an hour before everyone elses would have been hanging up too… that night we stored our cycling shoes downstairs and shoved newspaper in the shoes it seemed to work although they were damp in the morning they werent wet…

This blog: Tony Hemans and Glen Eccles cycled the Camino Frances from St jean Pied de Port in France to Santiago de Compostela covering 845km in 6 days in October 2012. If you are trying to get fit, planning an adventure, long distance cyclist or just curious about my mid-life crisis then subscribe and share! 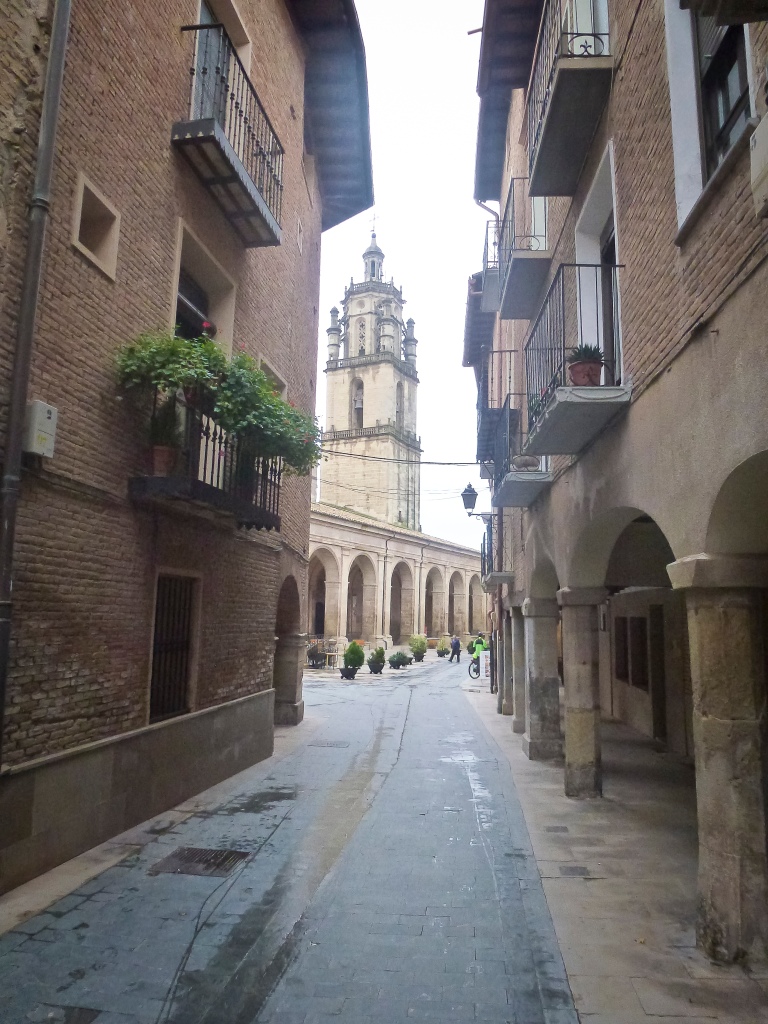 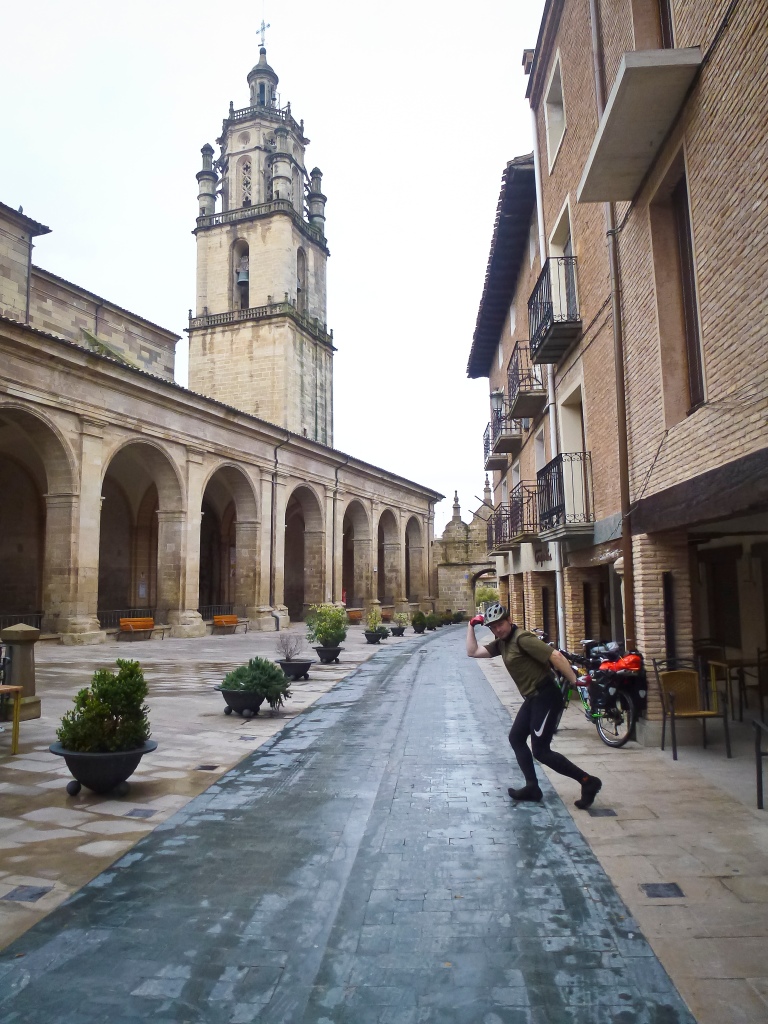 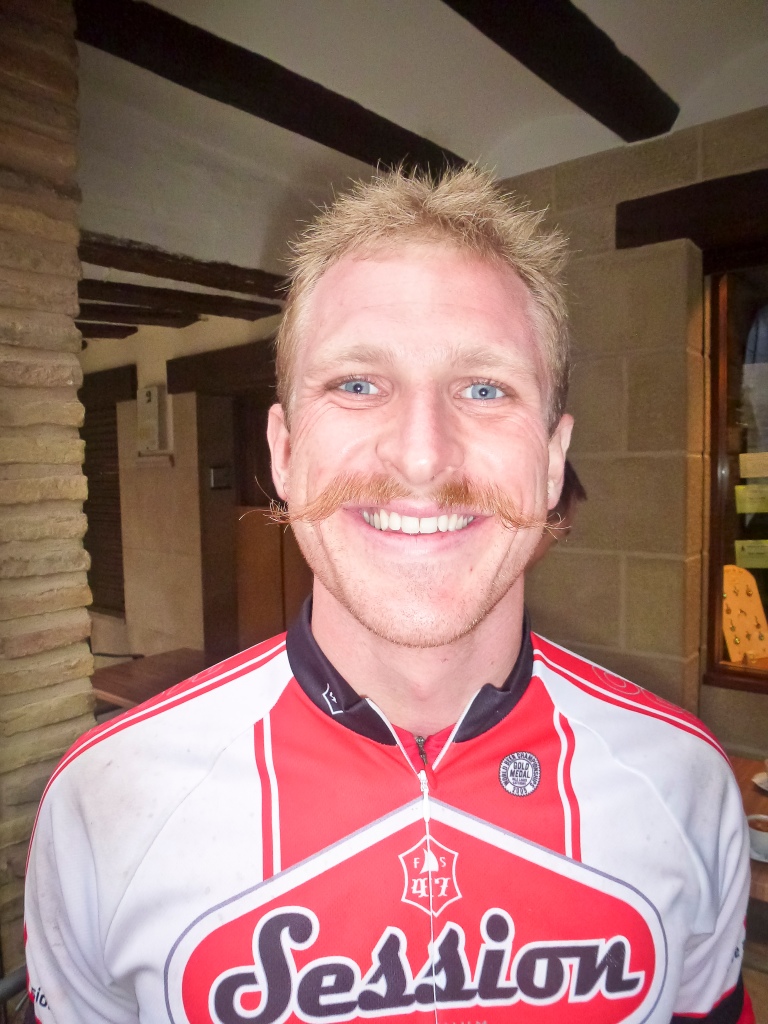 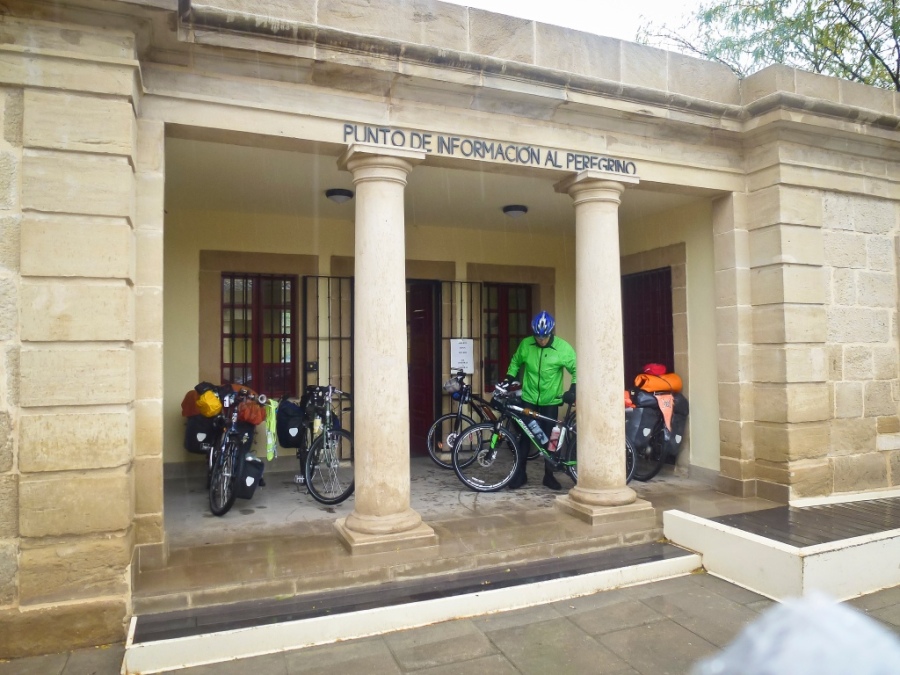 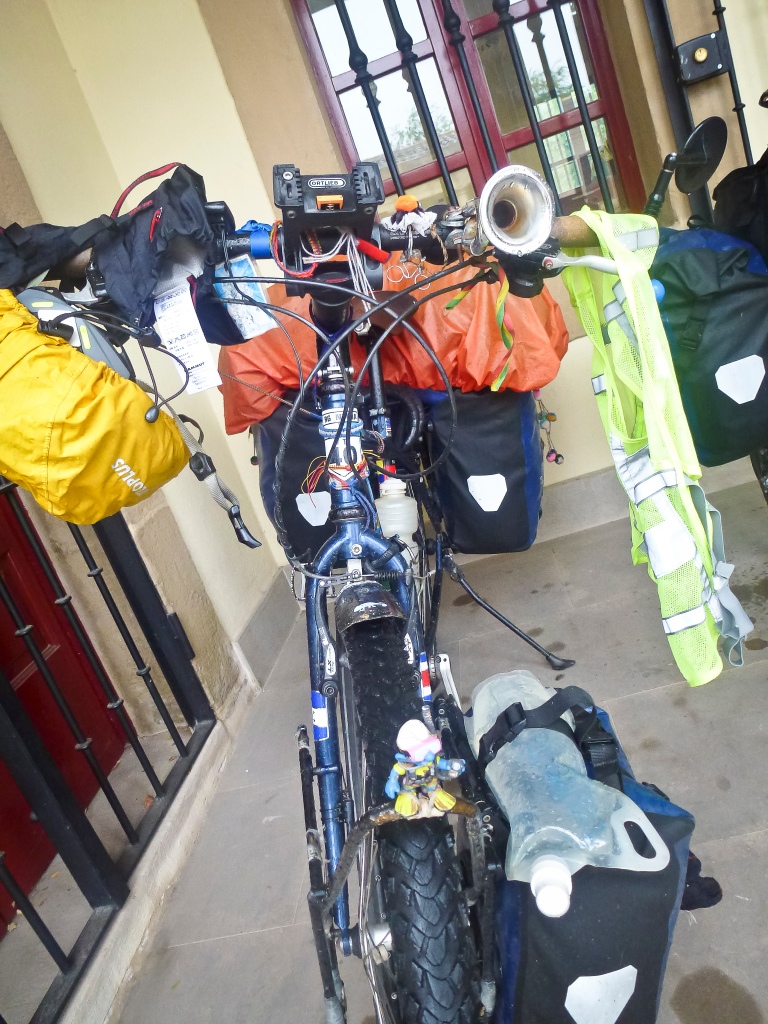 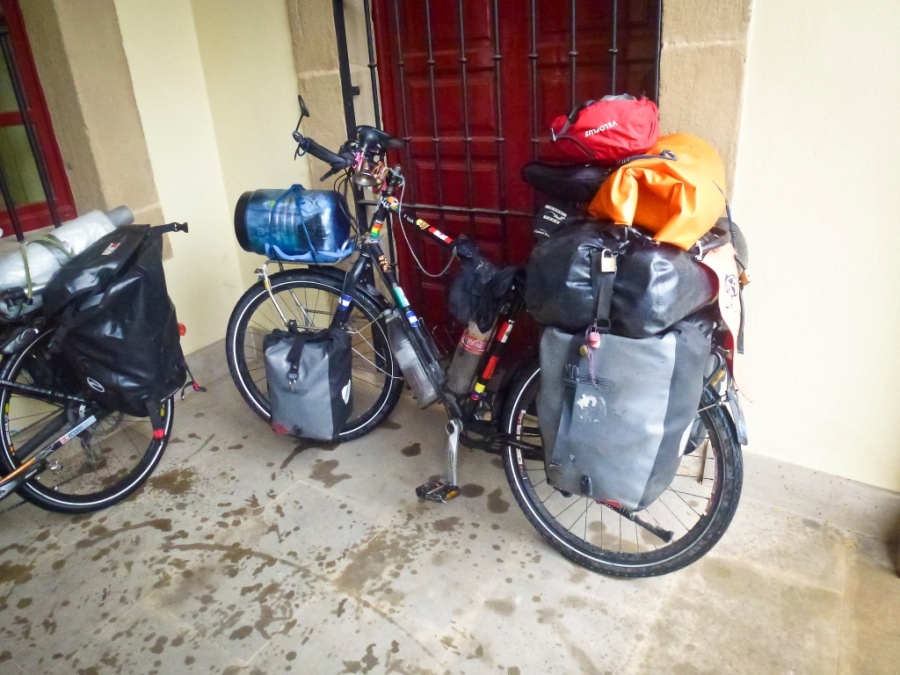 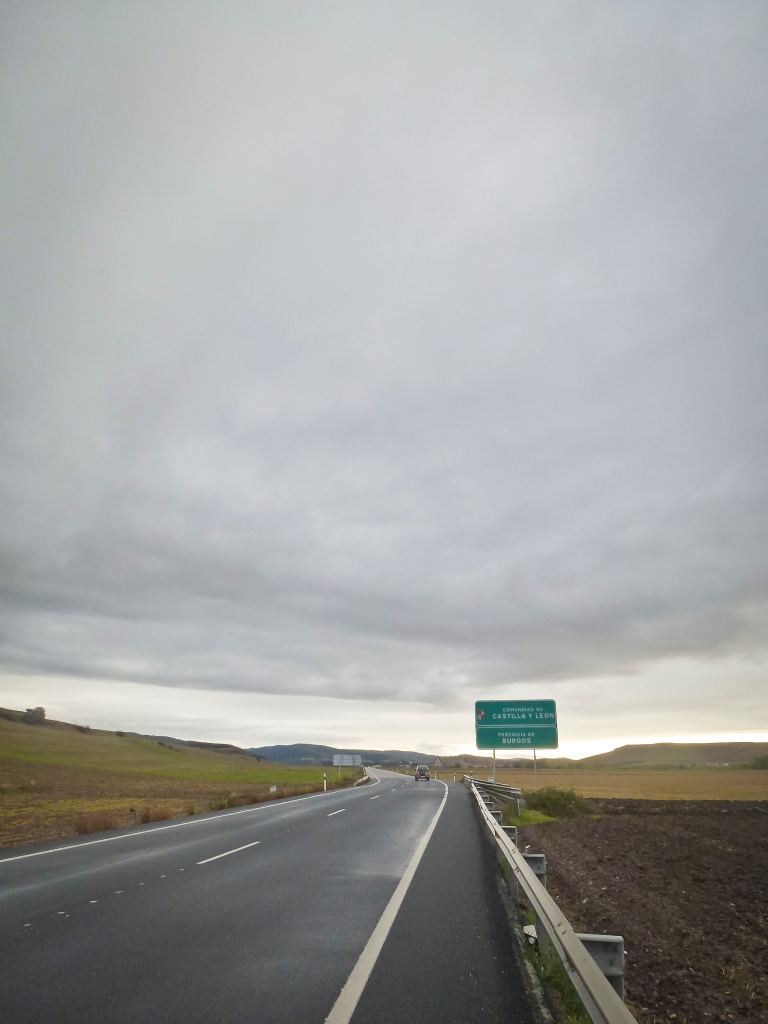 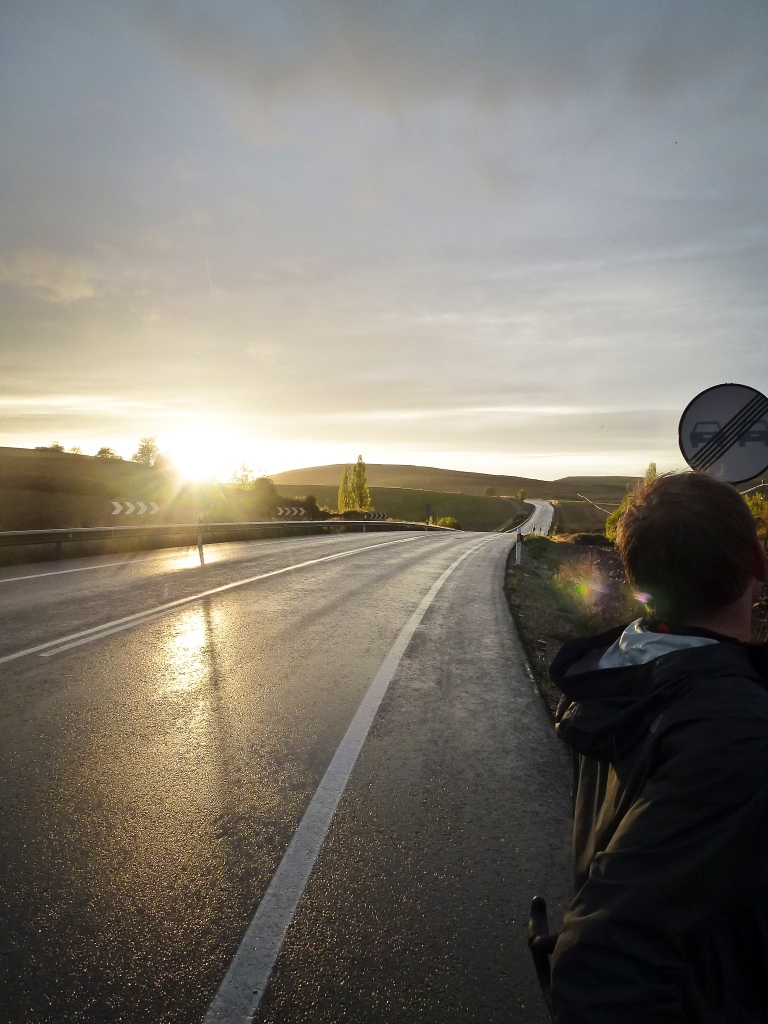 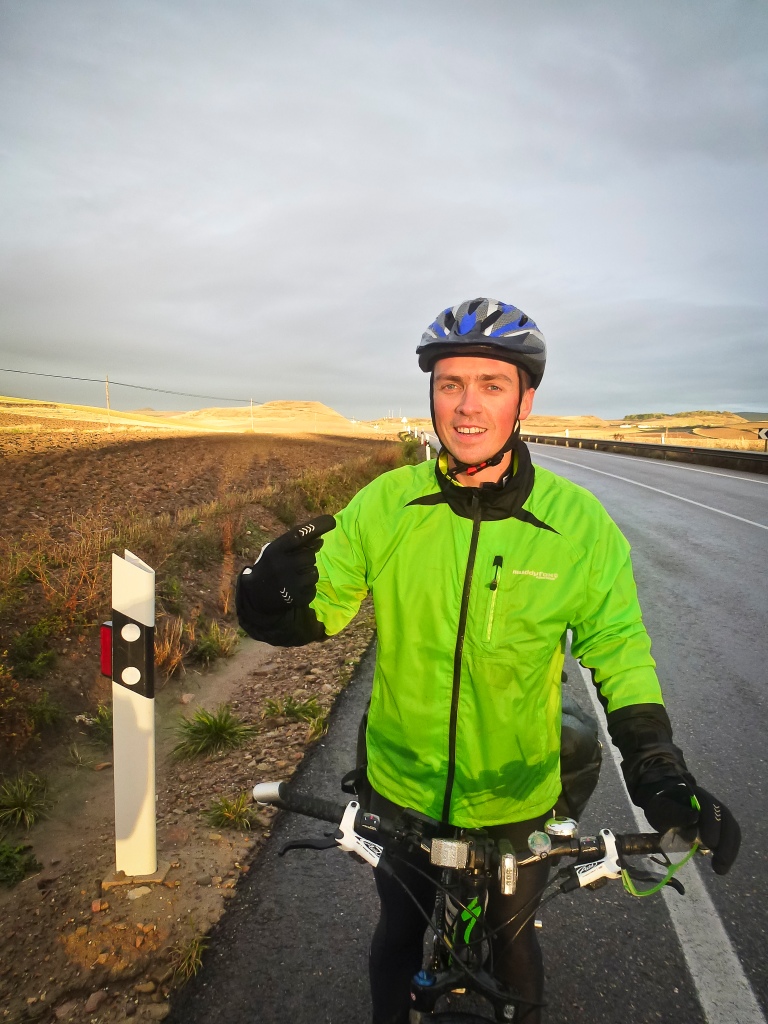 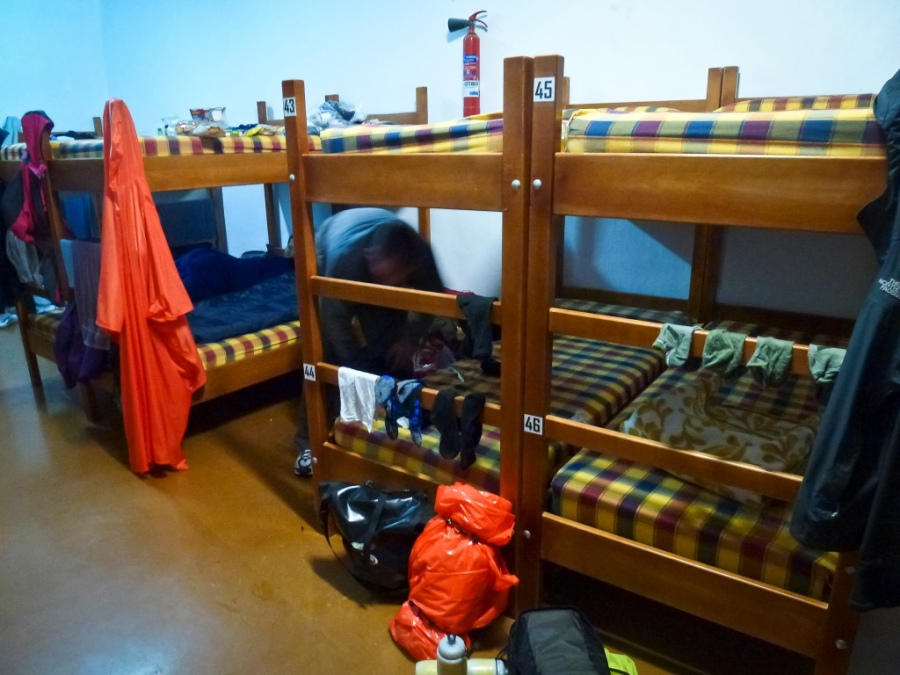 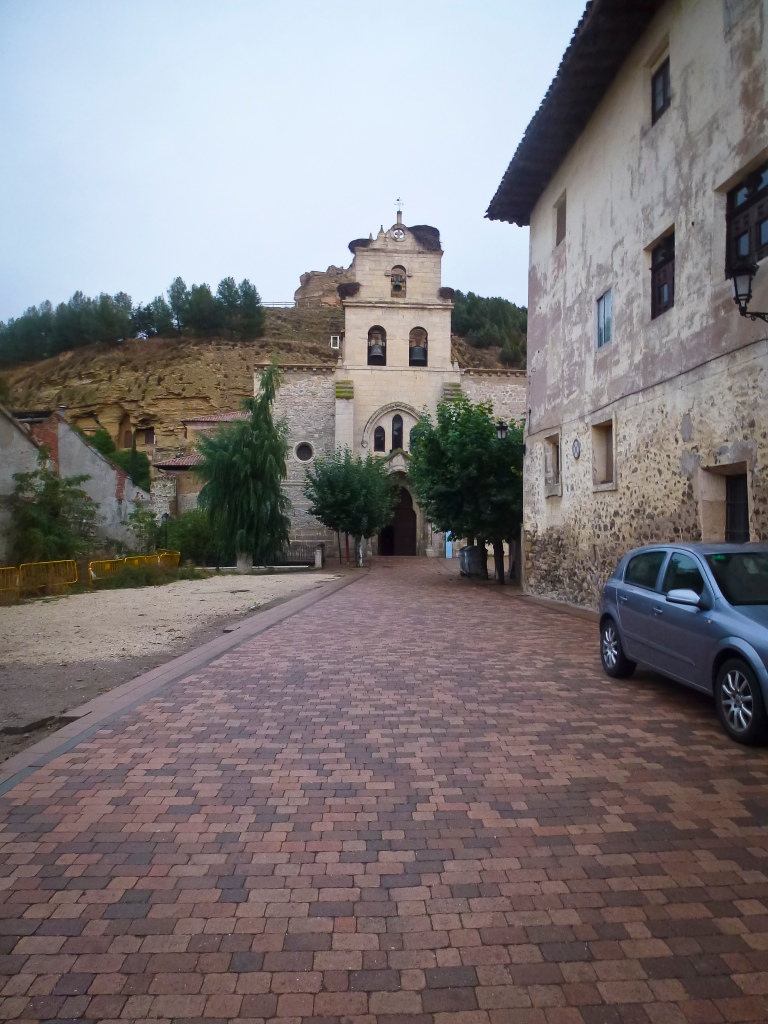